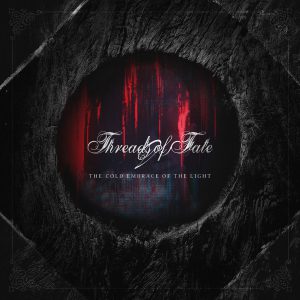 Exciting news coming in from American cinematic symphonic metal band Threads of Fate as they revealed their debut-album ‘The Cold Embrace Of The Light’ and all related information to the public today.

The album will be released through Layered Reality Productions on the 11th of March 2022. The band also announced that a music video will be released on October 31st 2021. The album artwork was made by Tuomas Valimaa.

Singer Jon Pyres had the following to say about the album: “This is a very personal record for us, for many reasons. We’re delighted to finally be able to share it with you all.”

Track list:
1. Beneath A Starless Sky
2. Moonrise
3. A Ghostly Portrait
4. The Horrors Within
5. Against The Shores of Le Monde
6. The Cold Embrace of The Light
7. Love Held Hands With Hatred
8. Ashes

The band also unveiled their brand new website at http://www.threadsoffate.net which features the American preorder webstore. European and worldwide preorders will be handled through LRP directly.