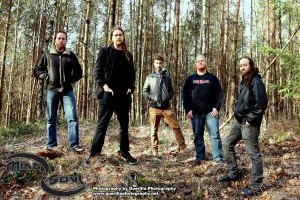 And just before the summer arrives and everyone goes into relaxing mode, Mind:Soul breaks the silence and comes up with a video telling about a digital live album release that is slated for September 2015!

You can find the video here:

The upcoming live album will be entitled: “The Show That It Has Been” and the tracklist will be as follows:

The album was recorded during the band’s performance at last year’s Sounds of Fall festival. The band produced the audio themselves and the record will be mastered by Tom van Hogen. (Hillsphere)

It will be special release, as it will be fully available on digital streaming services and it will also be available integrally on youtube! This is promising to become a full concert experience which you can experience whereever you are with a decent internet connection!

The release is expected in late September 2015. More details will follow when they are available.