Biography:
My life is my own again, I’m master of my destiny!…

Powerful words that describe a sense of self-control and the ability to decide where your life will take you. You can say that these words describe why the band ReSolve exists in the first place.

ReSolve was started in Den Haag (The Hague) by friends Gregory van der Hoeven (Drums) and Lennert Kemper. (Guitars) Both musicians had been active in the music scene for a while, playing in multiple groups and multiple styles. Yet their true musical love was something they thought was in short supply in the Netherlands. They both loved Progressive Rock and Metal, and felt that these genres were under appreciated and not represented enough by far.

In 2010, the two musicians combined their talents with the idea to compose and perform the music they had always wanted to make. This resulted in their own style of Progressive Rock with Metallic sidesteps. By writing songs that where influenced by the likes of Dream Theater, Symphony X, Opeth and Porcupine Tree (among others) this musical duo found a sound that was familiar and accessible, yet musically challenging and diverse at the same time.

The band’s line-up was completed in early 2013 by Fabian Blomsma on Synths, Justus Ebel on Bass and Chrissy Spruijt on Vocals. The addition of Justus’ bass playing and Fabian’s synths, gave the band the rockin’ yet progressive edge they were looking for. However, Chrissy was not the perfect fit for the band. After a few gigs in 2013, she left ReSolve and it took the band a year of searching (while writing new material) for the voice that worked perfectly. At the end of 2014, the band found their new lead-singer in Radina Dimcheva, who fit the band and the music like a glove!

While writing new material, the band also found out that they by now had enough to fill up a complete album, so the original EP plans got changed and the band started workinmg on their debut-release. This is now slated for Autumn 2015. In the same year the band started premiered their line-up in a one-off gig, which gave them positive responses from both audiences and fellow bands alike. The band is planning to play more live shows in 2015/2016 to support their debut-album!

Resolve has taken matters in their own hands now and the band is hungry to take the future head-on as masters of their destiny! 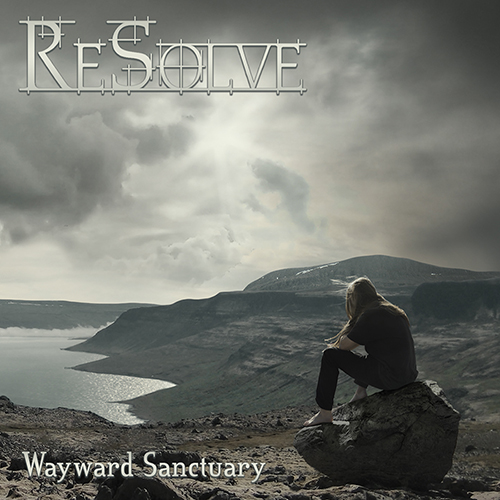