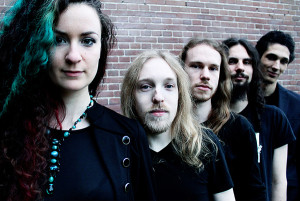 They have come a long way, but today ReSolve announce that the debut-album has a title, a tracklist and even artwork!

The record will be entitled “Wayward Sanctuary” and it will feature 7 songs, which are: 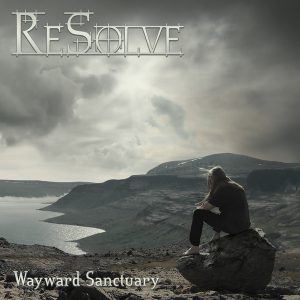 The album is proving to become a ride through many musical colors ranging from full-on metal attacks such as Pitch Black Eyes, These Voices and Blood Will Tell up through the subtle progrock touches of songs like Still Breathing and Unchained and back again. Also worth mentioning is the album’s closing epic December which clocks in at 12 minutes and finishes the record in style!

The band’s guitarist Lennert Kemper had the following to say about the upcoming release:

“Well, I can only say on behalf of the whole band that it has been an insane ride. We are, however, extremely happy and proud of what this has become. Now it’s time for us to take you, the listener, on a little musical journey!!”

Also today, the artwork for the record is revealed which is from the hand of Timmy Demper, who took the band’s vision for the album and shaped it into an evocative image!

This album is slated for release in October 2015. More details regarding the releasedate will follow in the coming months!