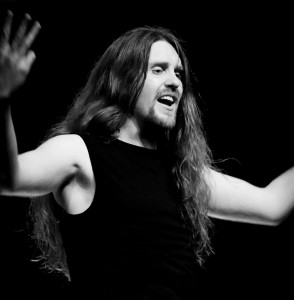 After a radio silence that lasted for three months straight, a sign of life has come from Tom de Wit’s solo project TDW and it is quite a sign of life indeed. Here is the story Tom posted on his website earlier:

“…I told you guys and girls that “Music To Stand Around And Feel Awkward To” will be coming in 2014. Trust me when I say, that work on that album is progressing steadily and it is shaping up to become something very special indeed!…

However, the best news that I wanted to share is something that has developed recently. Due to a lucky turn of events, I got in touch with the lovely ladies of the B&M video crew who are in the video capturing & creation business. We got into a conversation about the correlation between TDW music and the use of video to enhance the message contained within the songs. It only took us one night, a box of chocolates and some tea to come up with a crazy idea:

All the songs on the new TDW album will be getting an accompanying conceptual music video!!!

So yes, we have given ourselves one insane task and we are now working dilligently to get the album done and dusted, but also to shoot and create all the footage needed to give each song the video it deserves. So it is safe to say, that the new TDW album will become more than just a record, but a full-on multimedia experience in its own right and I am very excited about that!

So as you can all imagine, I was already motivated to finish up the TDW record and make it awesome, but this new turn the album’s production process has taken, makes everything all the more interesting and awesome!…”

TDW‘s new album “Music To Stand Around And Feel Awkward To” will be released by Layered Reality Productions in two versions in the course of 2014. More information about these versions will follow soon.