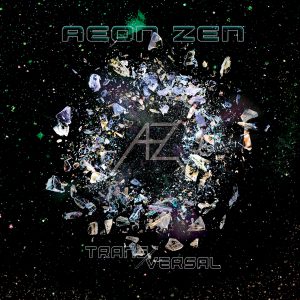 Aeon Zen have announced that their new album will be called ‘Transversal’ and is slated for release on the 24th of September 2021!

The band has described the album as a very special release for a number of reasons. Main writer and founder Rich Gray had the following to say:

“It’s true, the upcoming Aeon Zen release will be our last. Aeon Zen has been a wonderful adventure, but it is also time for new journeys to be written. Instead of letting the band die a silent death, we wanted to make one final, monumental, release to go out with a bang!

“Transversal is the most complete piece of music I have ever written, a single song that spans the entire album. 14 years in the making, its composition began before Aeon Zen even existed and has finally been completed in 2021 as Aeon Zen’s conclusion. This release encompasses all that made, and still makes, Aeon Zen what it is and we can’t wait to share this with you all!”

The album will feature the following tracks:

The album will be available for pre-order both on the Aeon Zen website (for United Kingdom orders) and at the official Layered Reality store (Europe & Worldwide orders). All proceeds of this will immediately benefit the production process of this very record, so all pre-orders really do help in making this a success. This release will be available on CD & digital formats with many optional order perks such as an exclusive t-shirt and more!