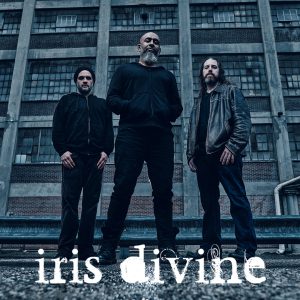 US Progressive Metallers Iris Divine have unleashed the first single called ‘Sapphire’ off their upcoming album Mercurial to the world today!

In this video directed by Jeremy Farkas, we see the band performing the song in a DIY fashion, making the music stand out for what it is: a bundle of positive, intense progmetal energy!

Navid, the band’s guitarist / singer had the following to say about this track:

“Sapphire is a very positive, energetic track which we figured would be a great way to (re)introduce the band and album to everybody! Musically, Sapphire wanders into alternative and almost pop-punk territory, before a mid-song transition into a more progressive feel that picks up intensity. Lyrically, the song is about the mystery of creativity and the process of making music – wanting to be heard, finding your voice, and channeling transcendence.”

The upcoming album ‘Mercurial’ is slated for release through Layered Reality Productions worldwide on the 20th of May 2022 in a physical CD digipack release and through music streaming services worldwide!