After the succes of this years’ Celebrate 2014 festival, Layered Reality Productions & FREIA music combine their forces again to bring another progressive rock and metal based event to the Dutch grounds!

The newly founded Sounds Of Fall event will feature international progressive rock and metal bands which will take to the stage on the 25th of October in de IJsbreker in Leusden. This is the same stage where Layered Reality Productions had it’s Breaking The Layers event in 2012. 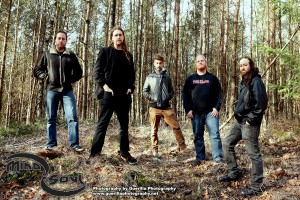 The first two bands that are announced for this event are Progressive Metal band Mind:Soul and Progressive music veterans The Aurora Project. This proves to become a special night already as Mind:Soul made the following announcement on their website today:

“And in other gig news, we can now (finally!) announce that we will be playing live on a festival called Sounds Of Fall … It will be a festival with international acts of both prog rock and prog metal styles. We are very excited to play this gig because we will be performing our complete debut-album live then alongside a host of cool bands we all admire and enjoy listening to! So it’s gonna be a great party!”

More details about this event will be unveiled in the coming months. You can expect an international line-up and some surprises to be revealed soon!