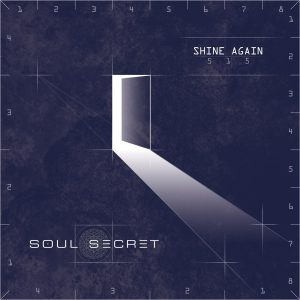 The COVID-19 virus is hitting the world hard and as everyone has seen, Italy was one of the countries that was struck the hardest. So it felt logical for Italian band Soul Secret to do something with the emotions they felt with these worldchanging events happening in their home country.

On the 20th of April 2020, Soul Secret will launch a brand new song entitled “Shine Again” which was written exclusively for this occasion. The band is also working on their new album right now, but this song is meant as a seperate release. The bands’ guitarist and writer of this song, Frank Cavezza had the following to say about the songs’ topic:

“…The song talks about the difficult times we’re going through, the new challenges we’re facing, the ones that nature has imposed on us. We’re suffering, as human beings, but if we focus on the positive, we can learn a lot from what’s happening to the entire world and “we’ll shine again”, being thankful and respecting what nature gave us…”

The song was recorded, produced and filmed in a record tempo from many different homestudio’s bringing together a coherent whole that represents unity. The song’s audio and video are produced by Tom de Wit (TDW, Dreamwalkers Inc) who also does guest vocals on this track. The song will be mastered and finalized by Rich Hinks who is known for his work with Aeon Zen & Annihilator. The artwork for the song was made by Claudio Casaburi. The song will launch through bandcamp exclusively and all proceeds will go to charities that aid the fight against the COVID-19 virus worldwide.

Stay tuned for more info to follow in the coming week!