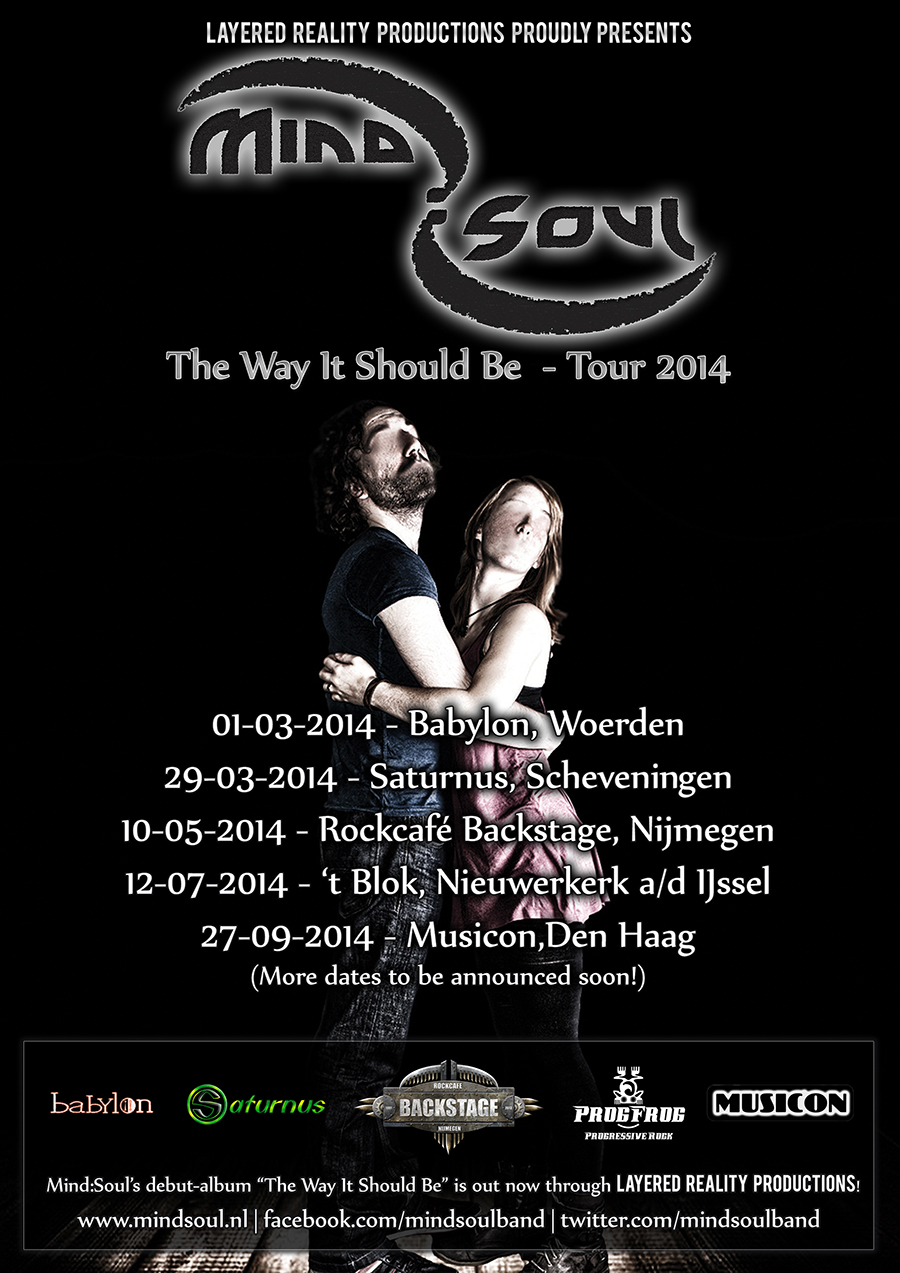 The guys in Mind:Soul have revealed a first version of their 2014 tourposter today and they also shared a new live video from their first gig which they held at de Boerderij in Zoetermeer on 18-01-2014!

Here’s what the band posted on their website today:

“…The first 5 tourdates have been announced for our “The Way It Should Be” tour in 2014! We will definately be performing these gigs in the coming months and we are working on getting more gigs arranged and organized for this year!

Also, we can now finally share a video from our first gig we played on the 18th of January at De Boerderij in Zoetermeer. It’s not the best quality video unfortunately due to some technical issues with the sound, but it gives an impression of the fun we had that night. And it’s also extra special because this was our first introduction for our new guitar guy Müşfik Can Müftüoğlu so we figured it was worthy of an upload…”

You can find the live video below here:

The tourposter that Mind:Soul has shared is a first version and the list of gigs will be updated as the weeks and months pass by. If you want to stay on top of the band’s adventures, you can like them on Facebook at: http://www.facebook.com/mindsoulband or follow them on twitter at: http://www.twitter.com/mindsoulband