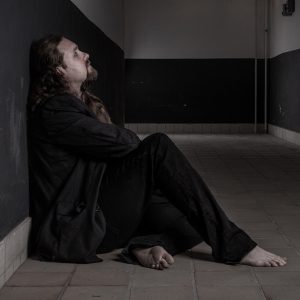 After dropping hints for months on his instagram and facebook pages, TDW has announced the title, tracklist and teaser for an upcoming album.

The album will be called ‘The Days The Clock Stopped’ and it will become a project on multiple fronts as it comprises a 75+ minute album and a documentary that dives deep into the subject matter behind this record. It’s slated for release on the 4th of December 2020 in an extensive physical digibook release with the album, the documentary (+ many extras) on DVD and a book filled with photo’s, lyrics and more. The album will also be made available on streaming services on this date.

The teaser can be found here:

The album will have the following tracklist:

The album was recorded and produced by Tom de Wit in his own studio The Imagineering Suite and co-produced and mastered by Rich Gray (Known from: Aeon Zen, Annihilator).

TDW’s main protagonist Tom had the following to say about this record:

“The Days The Clock Stopped is the first time in my music career that I decided to confront my own fears and life experiences head on. This is no longer a matter of fictional stories being told. This is my own. The story of a young man who had to confront death at a young age and what it did to him.”

More information about the preorders, music video’s and the album guests will be shared on the TDW music facebook page and official website when it becomes available.