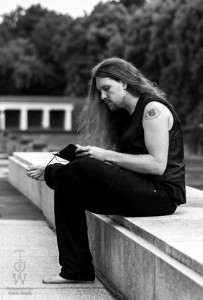 After two months of relative silence (besides the occassional twitter update) some news came in from the TDW-side again today and along with that came a brand new video! The music video for the song “Surface Scratching” has been unveiled today and Tom had the following to say about the release of this video:

“…So yes, it took some time to get everything together, but with pride and joy we can now present to you: Surface Scratching! The fourth video of the MTSAAFAT album cycle and the third one in the total sequence! (Just a note for those of you who are actually counting. 😛 )

So here is the new video for you all to behold:

As you have seen in the other videos, we have mostly focussed on one character per vid going through a set of motions and thus telling the song’s story. But with a song as diverse, dual and open as Surface Scratching, we felt that it was time to do things differently. I don’t want to reveal too much details about why we did this, but all I can say is that everything we do is part of something bigger. 😉

You can find the B&M Crew at Facebook here: https://www.facebook.com/BiancaMarindaCrew“

The album from which this song stems, “Music To Stand Around And Feel Awkward To” is available for purchase here: https://www.layered-reality.com/webstore/tdw-music-to-stand-around-and-feel-awkward-to-physical-cd-version/