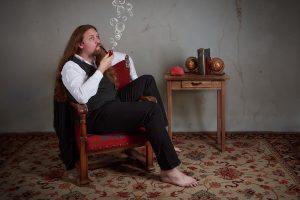 A critical look at the music industry in a funny yet, secretly thoughtful way, that’s how you can describe the new video for the song ‘Fountains’ by TDW which was released tonight! ‘Fountains’ is the second single for the new TDW album of the same name that is slated for the 26th of November 2021 and as you can see, the video is quite the adventure! A song that speaks of the ever going struggle between the artist and the creative vision and the commercial and corporate side of things.

The new TDW album ‘Fountains’ can be described as a progressive metal trip that races through many different genres and emotions at high speed while still remaining catchy and recognizable for both long time fans and newcomers alike. The album is now available for preorder and all donations to this cause will be used to make the album into a lavish vinyl + CD edition with bonus content included. And if you preorder the album, you will get the album in advance digitally as well accompanied by a documentary and an instrumental version of the record.

Preorders are happening at www.tdwmusic.com/shop/