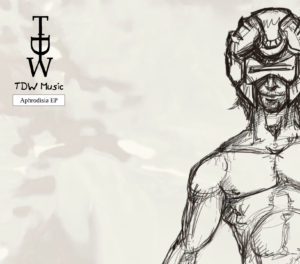 After giving hints and build-up through the social media channels, TDW now unveils the pre-order for the brand new TDW album that is planned for early 2017! The following trailer explains everything:

The new album will be entitled “The Antithetic Affiliation” and will become a two disc musical experience. One CD of this package will become an intense, metallic and dark disc and the other CD will hold a lighter, open and more melodic atmosphere. This album will also include a bonus DVD with the “Making of” the album, interviews about everything TDW related and live performance material from the debut performance of Dreamwalkers Inc at ProgPower Europe 2016!

To make this pre-order more interesting, a host of special merchandise has been created to accompany it. A new EP has been released entitled “The Aphrodisia EP”. This EP features four songs that will come out on the new album as well, but in specially produced versions for this EP. The song ‘Anthem’, which was released earlier this year, is also included on this EP.

The EP features this tracklist: 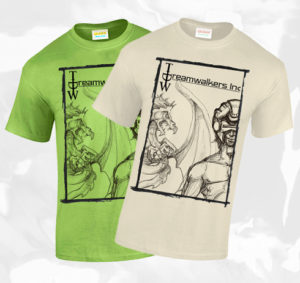 Next to the aforementioned EP, a special T-shirt design has been launched to accompany the pre-order. This shirt design will only be made during this pre-order run, so get one fast or miss out! Shirts are available in sizes S-XXL in Green or Sand color with a front and back print.

Both the EP and shirts can only be ordered with one of the pre-order packages. Check the Layered Reality Webstore link belowto see which packages are available:

The ProgPower gig will take place on the 29th of September at Castle de Berckt in Baarlo (NL). Attendance to this concert will be free of charge and this will be the first time that Dreamwalkers Inc will perform live. The band will then perform an acoustic set of old and new TDW material and this is proving to become a diverse show! 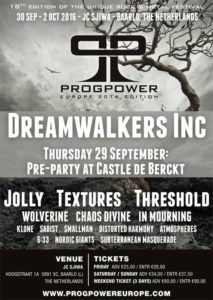